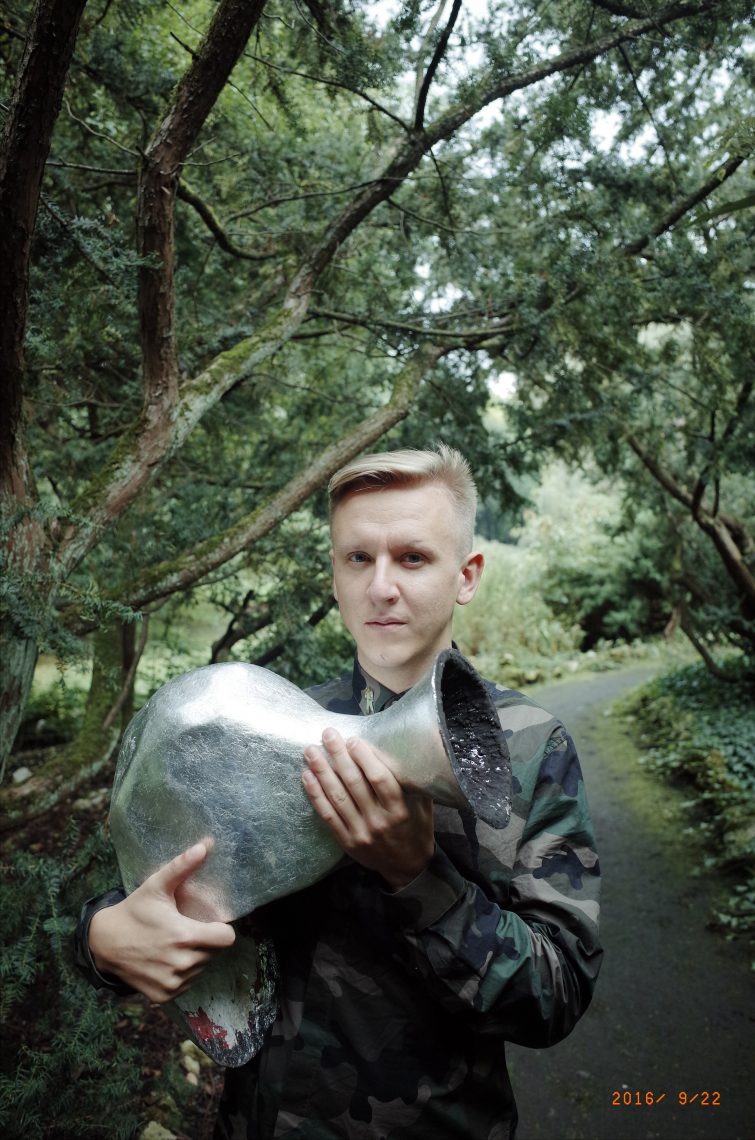 Author of performances, videos and installations. He graduated from the Intermedia Faculty of the Academy of Fine Arts in Cracow, currently he is a PhD student at the Interdisciplinary Studies at the University of the Arts in Poznań. In his works, he combines biographical themes with symbols. He is interested in crossing the barriers set by the body, culture and mechanisms of social functioning. He participated, among others in the Embodied Action festival in Hong Kong (2016), GUYU ACTION Performance Art Festival in Xi’an (China, 2016), Polish Performance Night, Le Lieu Gallery in Quebec (2014). He is the winner of the second prize in the competition “Spojrzenia” 2017. In 2013 he was a scholarship holder of the Ministry of Culture and National Heritage, in 2015 the winner of the Szara Kamienica award by the Fundacja Grey House. He was a resident of Meet Factory in Prague (2016), Sesama in Jakarta (2017) and Terra Foudation for American Art in Giverny (2017). He lives and works in Jarosław.