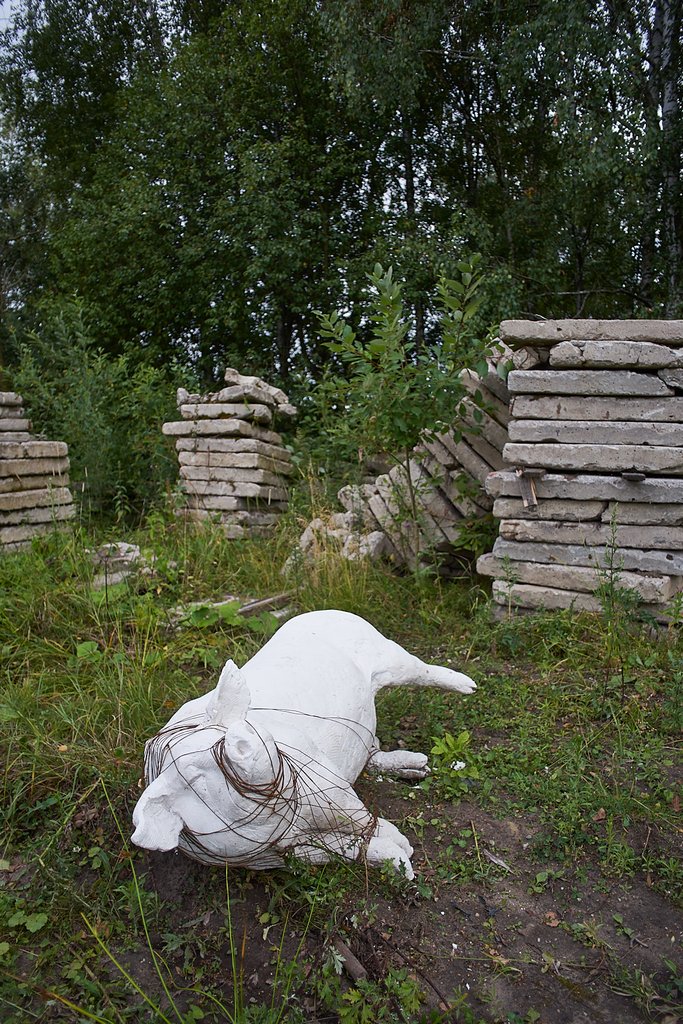 Tomasz Górnicki is a guerilla sculptor operating in big cities. His actions can be described as socially engaged art. He places laboriously carved figures in various places in public space in order to
communicate his protest against hatred, ignorance, and lacklustre devotion. His intervention took place in the vicinity of the Bishop’s Castle. He placed a life-sized plaster cast pig surrounded with
thin barbed wire among the concrete blocks left by the builders. The sculpture was inspired by a true story and showed the dark relationship between man and nature, and thoughtless use of nature for man’s own purposes.