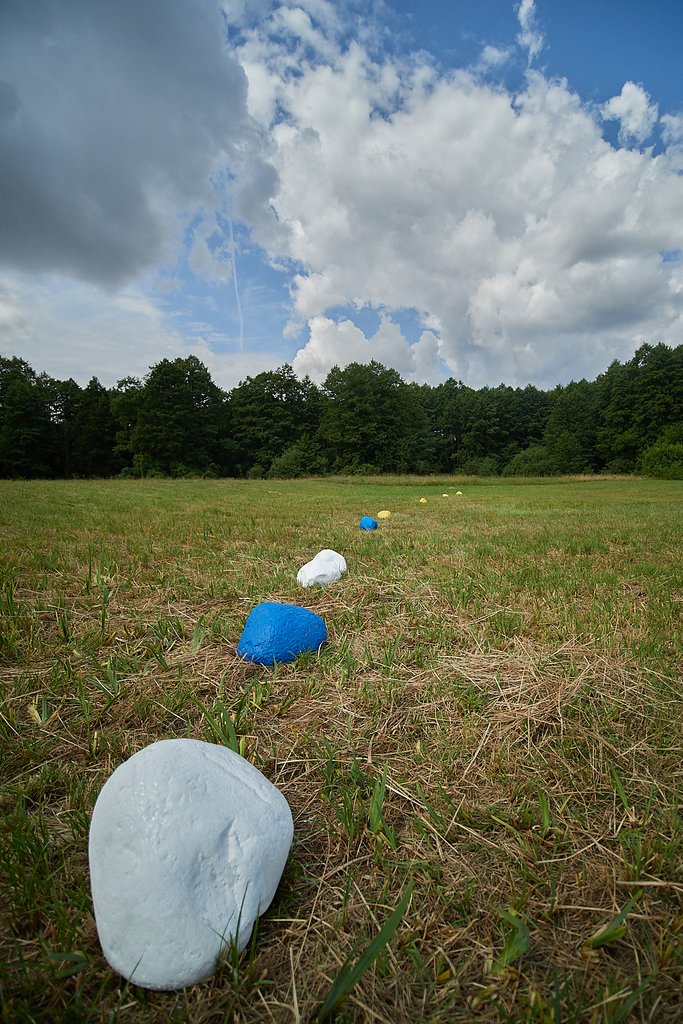 My garden is Earth.
It is this territory.
Shaped by the strength of water, the current of the old Bug River that once was there.
Formed a long time ago and still being formed.
Alive. It is a Body.
It is a vessel, a cradle for air, light and space.
It has its concavities and convexities. Little hills and little holes. It goes up and down.
Ridges. Folds.
Fold after fold radially mark the center of the former circular vortex.
I puncture the surface of this area, touching it with points and color placed in the hollows of the
folds.
We are such points while walking up and down, stepping on its surface, on the ground. We are waving.
This is what I call garden. A play garden.

Zuzanna Sadowa perceives a garden as a land stigmatized by time, water, and air. The artist worked in the backwaters of the Bug River. The current of the river formed concentric hills, arranged in the form of rings. Wet meadows have a wavy structure, stretching over the hills and valleys. The artist points to their similarity to human bodies with their folds and cavities. Sadowa’s road performance, which she presented during the vernissage, made the form of the area and scale of a human body clearly manifested. As a result, a human being becomes a researcher of this space with the help of acupuncture that marks it. The artist placed color stones in the meadow niches.