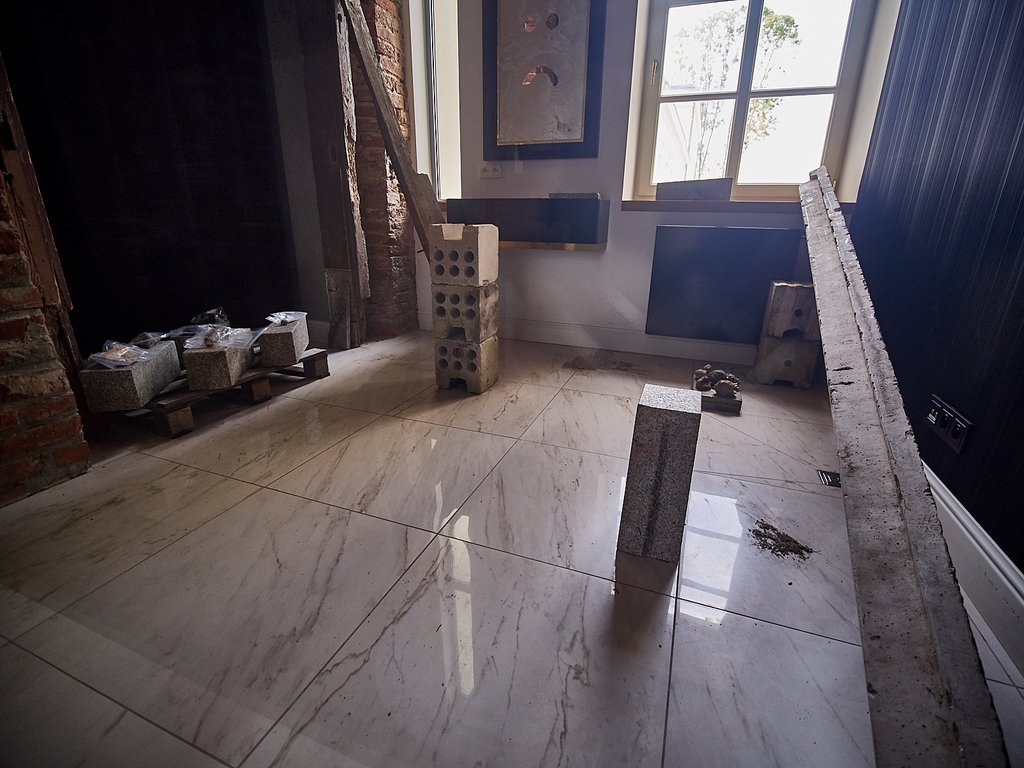 This installation consists of fragrances and of over a dozen elements found around the palace. Stone and concrete forms enter into relationships with each other and create some material structure. The unique fragrance composed of over thirty natural and synthetic substances was sprayed onto them. The inspiration for creating this fragrance were plants growing in eastern Poland, more precisely in the Podlasie region as well as at the borderland area of Belarus, Ukraine, and Poland. They included wormwood, angelica, dwarf mountain pine as well as mushrooms, moss and beeswax. In many cultures these ingredients acquired magical properties and were considered to be a link between people and the cosmos. This spatial and fragrant installation was created in a tiny hotel room bearing visible traces of architectural transformation inherent in the walls and surrounding elements. Everything that smells outside was reduced to one small claustrophobic space. Man is absent here, only a trace left by him remains. The fragrance of the world outside, i.e. extracts of flowers, mushrooms and mosses, was condensed into stone-like bottles. The question arises: how will the world smell when people are no longer there?