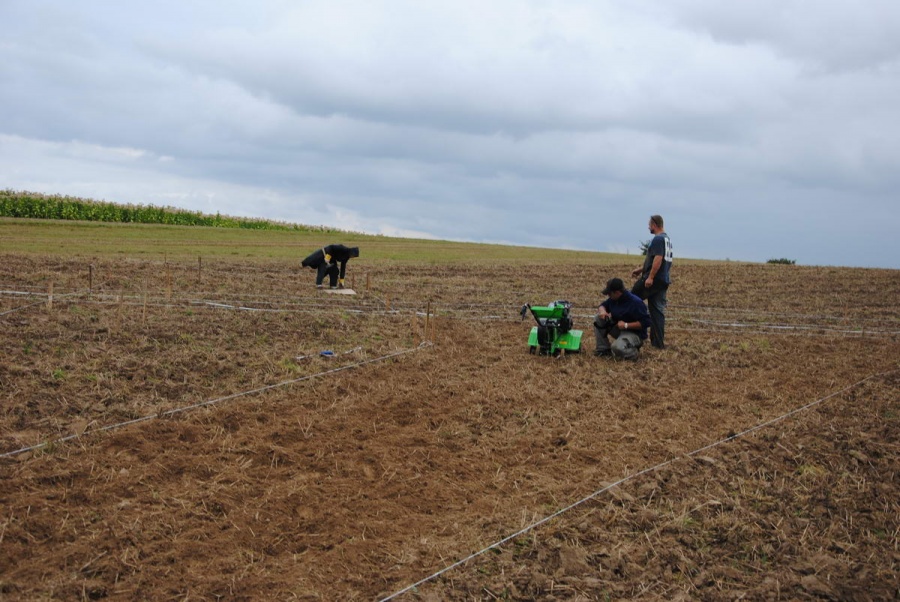 Jarosław Koziara conducted land art workshops in the village of Zgórzyńskie near Wąwolnica in September 2011. The participants of these workshops had an opportunity to experience artistic creation in the realm of nature. The starting point was a schematic drawing of an aircraft ploughed in a field. The furrows were planted with red clover so that the sprouting plants filled up the outline of the picture thereby creating another of its variations. The huge 50-metre shape of the aircraft ploughed in the field resembles a shadow cast by a flying plane. It refers to aerial photos taken in order to conduct surveillance of rural areas. This disturbing image carved in the land is an ironic comment on human attempts to control, appropriate and master the earth’s surface with ‘an aerial eye.’