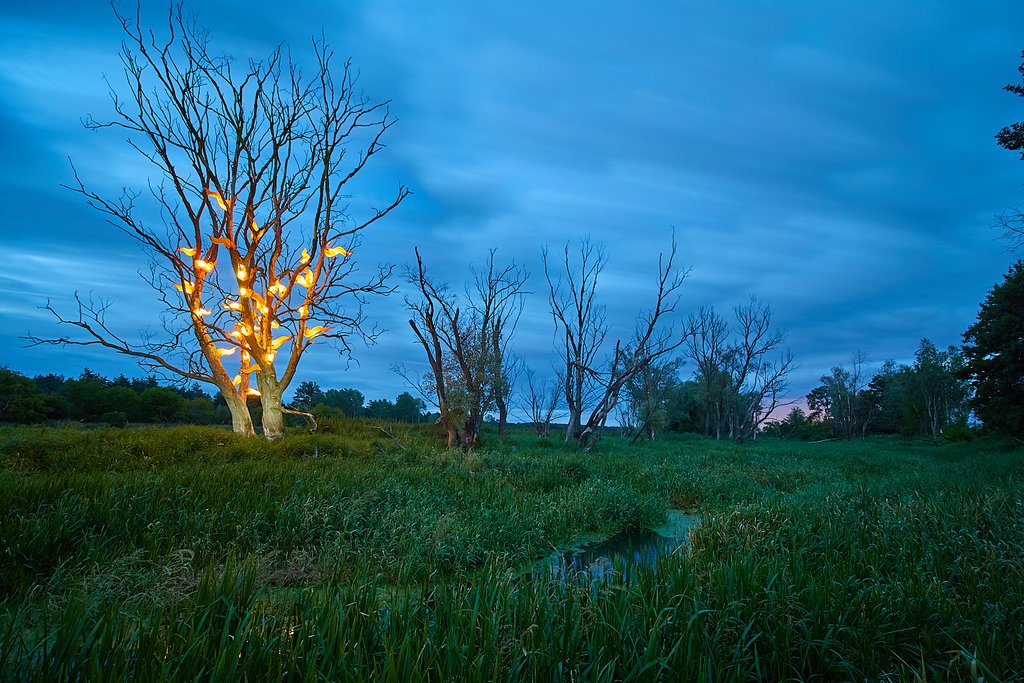 A tree with leafless branches lives in isolation on a small island surrounded by the river. Koziara covered its branches with textile flames which shine at night using renewable energy. It looks as if
the tree was burning. I introduce the elements of scenography and set design into nature. In a way I dramatize it. I’m trying to imagine what our end will be like. A beautiful catastrophe awaits us –
says the artist. The installation visible from afar induces strong emotions. Some people even make attempts to rescue it. This burning tree located on the outskirts of Europe can be interpreted as an accusation thrown in the face of decision-makers who ignore climate changes and a prophetic symbol of burning Amazonian forests.