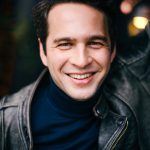 Jan Borowiec, born 1983 in Lublin. He graduated from law at MCSU in Lublin, as well as the Academy of Film and Television in Warsaw and the Wajda School  both at film directing traning programmes. Director, screenwriter, film producer, attorney. Creator and producer of documentaries, educational films, commercials as well as short feature films, lecturer at The more » 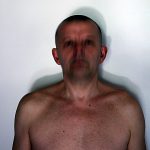 Tomasz Domański graduated from  the Academy of Fine Art and Design in Wrocław where he studied between 1988-1993. He obtained his Ph.D. from this university in 2003. In 1995 he was on one-year scholarship in Varanasi (Banaras Hindu University) in India. Between 2000-2004 he was a member of the Program Council of the Centre of more » 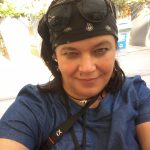 Anna Tyczyńska works within the areas of installation, photography and objects. She is an art curator based in Poznan. She graduated from the Academy of Fine Arts in Poznan/Poland (University of Arts Poznan). Currently she runs a drawing studio at the Faculty of Education and works at curatorial studies. She took part in more than more »

I was raised at a kitchen table, painted in orange and black stripes, about 3 cm wide, where a never-ending discussion about art, avant-guarde and the highest values took place. I did not become a historian or an art critic, but I co-created two galleries: Zderzak and Otwarta Pracownia. I am a visual artist, a more » 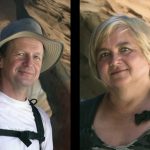 Photographers looking for an abstract beauty hidden in landscape and nature. In the search of abstract motifs they travel together, both at home and abroad. These motifs are both images of chaos and unexpected order, attracting attention with an unusual arrangement of coloured spots or a raw, monochromatic tone. Bożena and Waldemar Komorowski present their more » 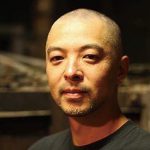 Daisaku Ueno is ceramic artist and sculptor. He was born in Hokkaido, Japan in 1970. After graduating from the Department of Mechanical Engineering at Tomakomai National College of Technology, he got a design job at a company producing metal monuments and objects. In 2003, in the woods of Kitahiroshima City Daiseku he set up a more » 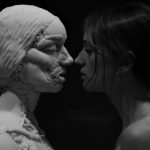 A fifth-year student of the Faculty of Sculpture at the Academy of Fine Arts in Warsaw, the studio of Professor Antoni Janusz Pastwa. An important element of her life is music, which she develop in parallel to sculpture. The important place for her activities is Sztuka Ziemi, which prompts to reflect on the condition of more » 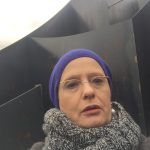 IRENA NAWROT (born 1960) – The artist deals with black and white staged photography, which is often subjected to a specific colouring process. She studied at the Institute of Artistic Education at the Maria Curie-Skłodowska University in Lublin in the years 1979-1983, obtaining a diploma in the painting studio of prof. Marian Stelmasik. Her first more » 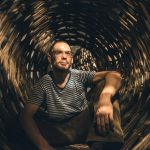 JAN SAJDAK (born 1987) – or 3 years he studied at the Institute of Ethnology and Cultural Anthropology at the University of Warsaw and at the Faculty of Sculpture at the Academy of Fine Arts in Warsaw. He defended his thesis entitled “school / hanging library” in 2016. He works in a variety of materials, more » 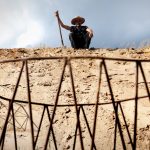 Jarosław Koziara (born 1968) – performer, visual artist, his practise covers many areas of visual art. He created numerous theatre stage designs (i.a. for Teatr Wielki in Warsaw, Andersen Theatre in Lublin) as well as performances and outdoor and TV events (such as the Great Orchestra of Christmas Charity). Author of happenings and performances in more » 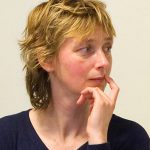 Born in 1962. Education: Vrije Academie voor Beeldende Kunst, Den Haag University of Amsterdam (degree Dutch-International law) a Dutch painter and sculptor. Most of her sculptural work is site specific, mostly involving natural materials such as willow rods, hay and earth. Lately she has become fascinated also by sello tape and video as a material more » 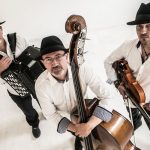 The band, initially associated solely with klezmer music, in their current works draw inspiration from ethnic music using their own improvisations. This way they create their unique style which floates across borders, forms and time, which was not only noticed by the audience, but also appreciated by artists around the world. Steven Spielberg, delighted with more » 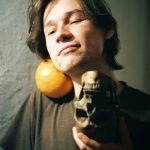 An audiovisual artist, researcher of possibilities. He works with light, sound and video, creates electronic objects, artistic installations and theatre performances. He deals with electronic and improvised music and field recording. His works were presented, among others, in the Museum Contemporary Art in Krakow (MOCAK), El Gallery in Elbląg, Galeria ‘Two Up’ in Szczecin, Studio more » 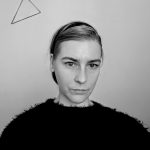 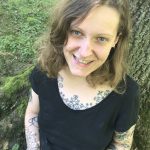 Graduate of the Faculty of Arts at the MCSU in Lublin, tattoo artist, author of exhibitions and installations in space. In the years 2015-2017 she made the decorations for the “Moontrip” series. Her works were presented, among others, at Katowice Street Art Festival, Goadupa Arts, Culture Music Festival, Ephemeral Art Festival “Konteksty” in Sokołowsko, at more » 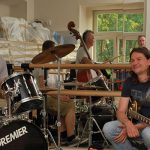 Mikroelementy is a nine-member orchestra set up to heal through sound. The band creates a musical organism based on a meditative trance, which is a common denominator for musicians who come from different sound worlds. Among the artists who inspire Mikroelementy are John Coltrane, Fela Kuti or Don Cherry, and their music is often reinterpreted more » 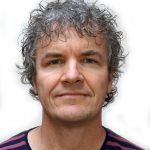 Pat van Boeckel is a Dutch artist who specializes in documentary films and video art. His video art explores the intertwined relationship between people and their (natural) environment. Most of his works are characterized by apparent simplicity. Through slow pace they contrasts with the speed and changeability of the contemporary visual culture. The embodied experience more » 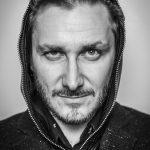 Szamburski present material from the solo album Ceratitis Capitata with liturgical music of the five religions of the Mediterranean basin. It will be a kind of farewell to the title, because in the autumn of 2019 comes the second album of Szamburski, Homo ludens. Music for solo clarinet picking up the threads of religious songs more » 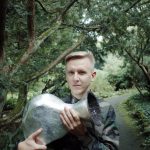 Author of performances, videos and installations. He graduated from the Intermedia Faculty of the Academy of Fine Arts in Cracow, currently he is a PhD student at the Interdisciplinary Studies at the University of the Arts in Poznań. In his works, he combines biographical themes with symbols. He is interested in crossing the barriers set more » 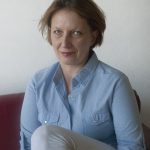 Holds a PhD in the field of visual arts from the Faculty of Interior Design at the Academy of Fine Arts in Warsaw. Currently she holds the post of an assistant professor at the same University and since 2012 has been running an Intermedia Laboratory there. She carries out installation projects and performances – spatial more » 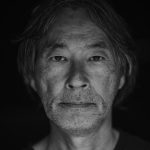 Takashi Ikezawa is basically a printmaker. He first visited Poland in 1986 for Krakow International Print Beginning Biennale. He has published print works in Poland. He has also presented solo shows in Torun in 1996 and 2001. In recent years he investigates different areas of Land Art and diffusion of art and nature as an more »

A sculptor, he graduated from the Academy of Fine Arts in Warsaw in the studio of Janusz Antoni Pastwa. Winner of the Minister of Culture and Art award. Participant of many exhibitions at home and abroad. Author of such sculptures as: “Moth”, “Warsaw dream”, “Mother, where are your children “, “Now you go alone” and more » 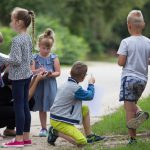 “Little Land Art” is a continuation of the educational programme for children and young people, started during the Land Art 2017 festival. It refers to the local culture and nature of the Podlasie Bug Gorge Landscape Park, which are the starting point for further exploration. Classes are directed to children from the entire region and more » 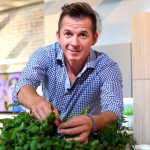 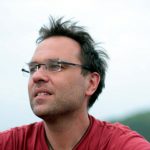 A graduate of the University of York in the United Kingdom and Adam Mickiewicz University in Poznań – is a philosopher, certified instructor of Mind-Body Bridging, Trainer of the Business Practice. The author of the first Polish handbook of philosophical practices, “Stoicyzm Uliczny” [“Street Stoicism”] and the book “Zaufaj życiu. Nie zakochuj się w przelatującym more »